Please enter your search term in the field below

Goldwell ColorZoom is recognised as one of the industries most respected awards, with Goldwell salons across the UK competing to secure the winners title, which itself is an incredible accolade for any individual and salon. Here iSalon client Stephanie Jones of Toxic Cherry, takes us through the first part of her journey to success, from the beginning to submitting the entry.

When I first considered entering Goldwell ColorZoom 2018 I thought to myself ‘What’s the point, I won’t get anywhere.’ Well – how wrong was I?!

My journey to success started back in January. Entries opened for this years competition and I set my sights on models. Luckily, I found the perfect model and got to work straight away preparing her hair for the competition. She was dark red to begin with, so I had to lift her hair slowly ensuring that damage was limited. I wanted to give myself a blank canvas to work with, but the condition was vital in this.

Meanwhile, in between pre-lightening sessions, I worked hard to research my ideas in order to formulate the look I wanted to create for this years ‘Elemental’ theme.

In March, I was extremely lucky to have a mentorship afternoon with the amazing Beverly C, MBE – it was incredible! Those 3 hours spent with her, plus a good conversation with Alex at the Goldwell Academy in London, gave me all the confidence I needed to combine all of my ideas into a single piece of work. Conversations and meetings like this are so important to keep you motivated and really give you a confidence boost. I left with a new-found sense of confidence and was eager to finish my entry!

However, implementing my ideas wasn’t as easy as I was hoping; an illness at the start of the year which resulted in several hospital visits, coupled with unforeseen challenges at the salon proved very difficult indeed. Despite this, I returned to the Academy in April with a smile on my face eager for my photographic shoot and to see my ideas brought to life!

The day itself could not have been any better; I was so happy with how my work came out on camera! I then waited with anticipation for my final image to be returned to me before I could enter it along with my write-up.

The closing date for the competition was the end of May – my entry was in, and the anticipation was building to see if I finalised!

It seemed like an eternity waiting for the finalists to be announced, it was the longest 4 weeks! The 15th of June was the big day, and the anticipation was building. The finalists were being released on social media, and I was constantly checking to find out if I had finalized! Then it was announced and I could see my name! ‘Stephanie Jones Finalist Partner Category!’ After the initial shock I was bouncing around the staff room; I was completely over the moon. Words cannot explain how excited and happy I was.

After the initial announcement of the finalists I faced another agonizing wait for the final! This year the final was held on Sunday 29th July at The Brewery in London. The venue itself was beautiful and the weather just made the setting so incredible.

Here all the finalists, 15 in total, including myself and a salon colleague, Emma, had to prepare our models for a catwalk show and get ourselves ready for the evenings’ festivities. The wait backstage whilst all the guests took their seats was insane, a real mix of emotions were flying around, nervousness, excitement and just general happiness that we had made it this far. As finalists we were introduced on stage, took our seats, then watched the guest artists’ model show which was incredible and so inspirational.

As the night went on, it was time for the winners announcement – the anticipation was at an all time high! Alan and Mark were on stage, they first announced the Bronze, Silver and Gold winners in the New Talent category, then the Creative category; the Partner category was last to be announced. When I heard the two names I knew, two of my friends had won Bronze & Silver respectively. I was delighted for them and I couldn’t help thinking ‘their images are amazing, I’ve got no chance of gold here’ then he said it, Mark said my name... ‘the last Gold winner joining us in Toronto is Stephanie Jones!’

I didn’t know what to do, I just sat in my seat in disbelief! The next thing I knew my salon owner, Paula and her husband had come running over and pulled me up out of my seat hugging me, crying; it felt like they physically had to push me onto the stage!!

We celebrated and danced all night! Even sat here now writing this, I still can’t believe it! I think it will only hit me when I’m actually competing, representing the UK with my fellow gold winners Kasha and Lydia in Toronto at the end of September! To say I am so excited would be a colossal understatement!!

My advice for anyone thinking about entering ColorZoom would be to just go for it! You have nothing to lose but so much to gain! Above all, always believe in yourself! 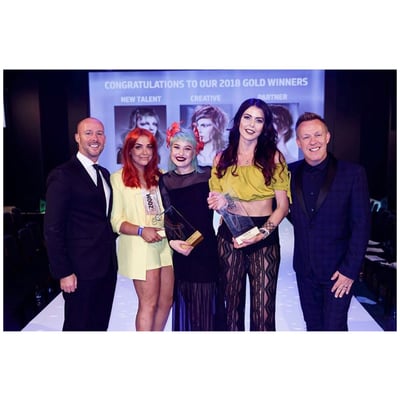 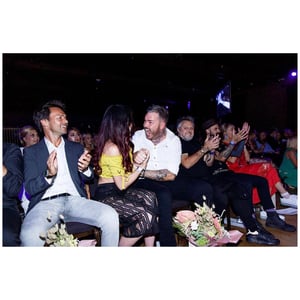 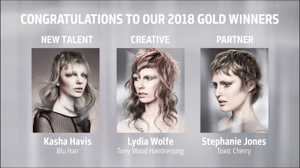 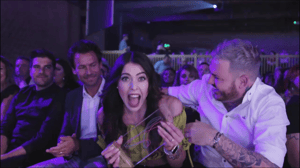